Collaborating with Cloverleaf Media, I put together several race programmes a year for various events during the UK motorsport calendar. Editorial design is a different kind of challenge and one I relish. It’s often very difficult to produce work as I’d like to, due to demands of a relatively small page size and a large amount of content to be included. On top of that, there’s less creative freedom as the programmes have to appeal to a large audience – organisers would love every spectator to purchase and enjoy the mini-magazines detailing the weekend’s happenings.

The programmes featured were produced for Donington Park, Rockingham and Thruxton, from programmes for the British Touring Car Championship and British GT and F3 Championships. Photography on these spreads is from Jakob Ebrey Photography, except the photo of Blundell’s F3 car, which is from the BARC archive. 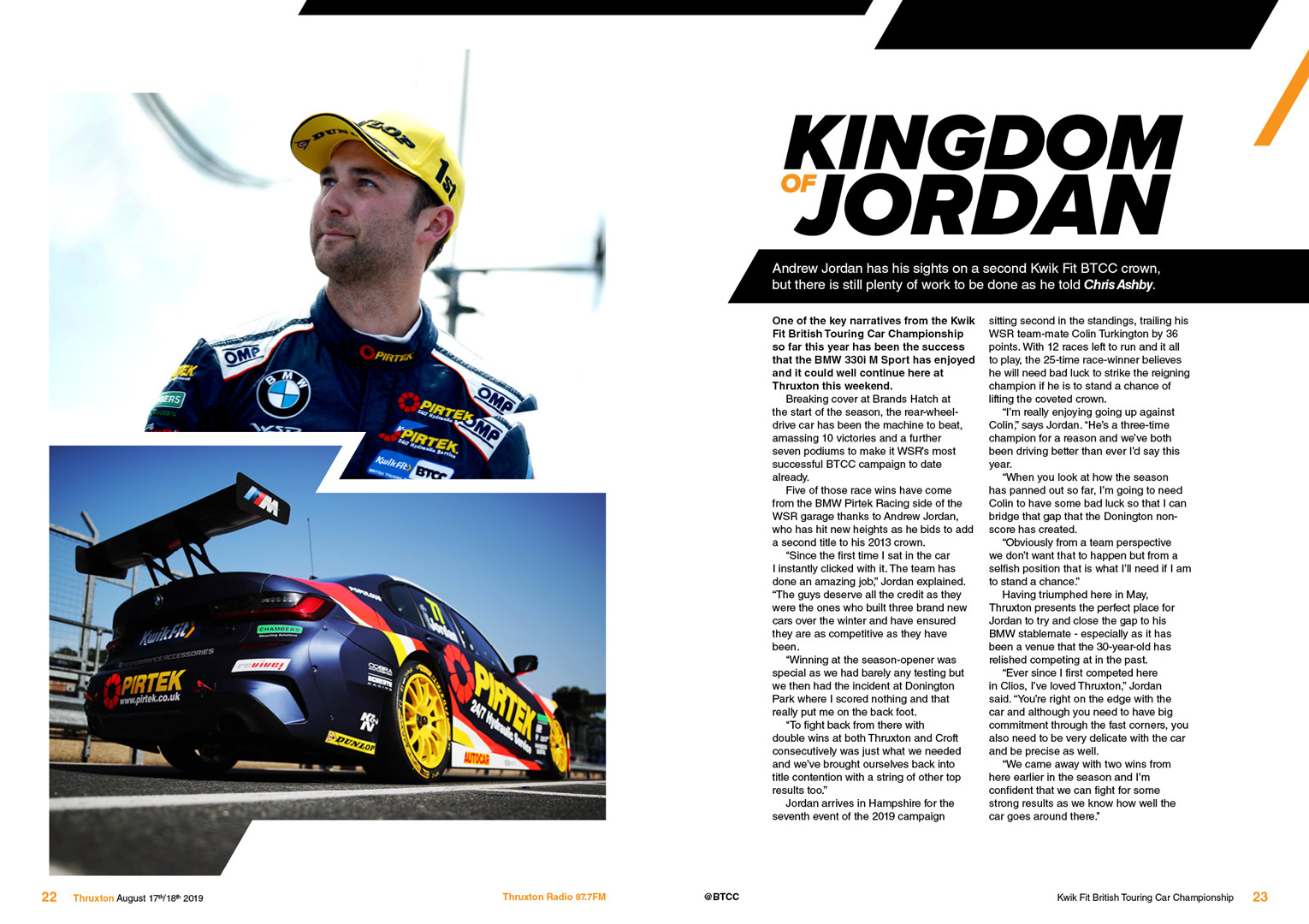 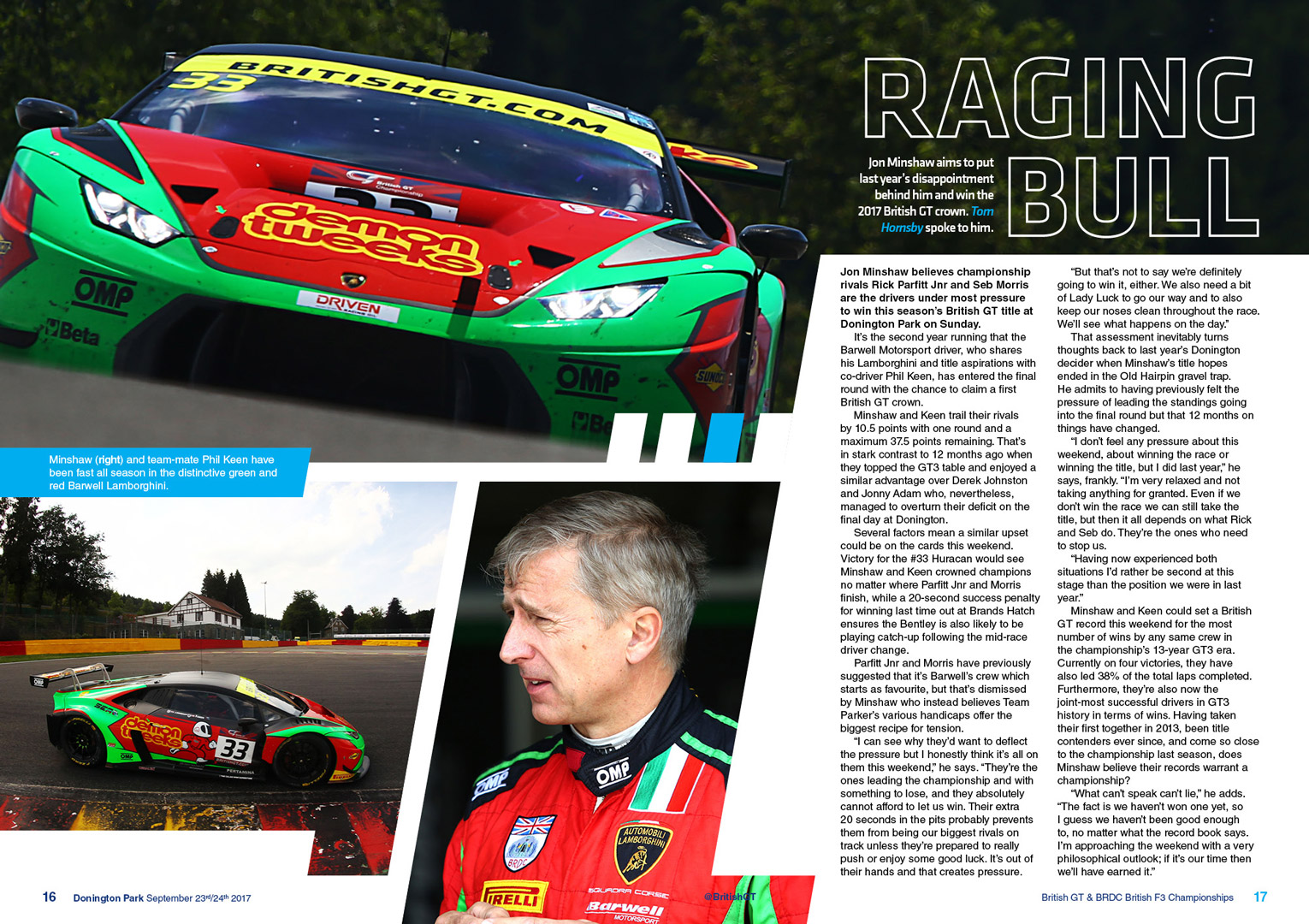 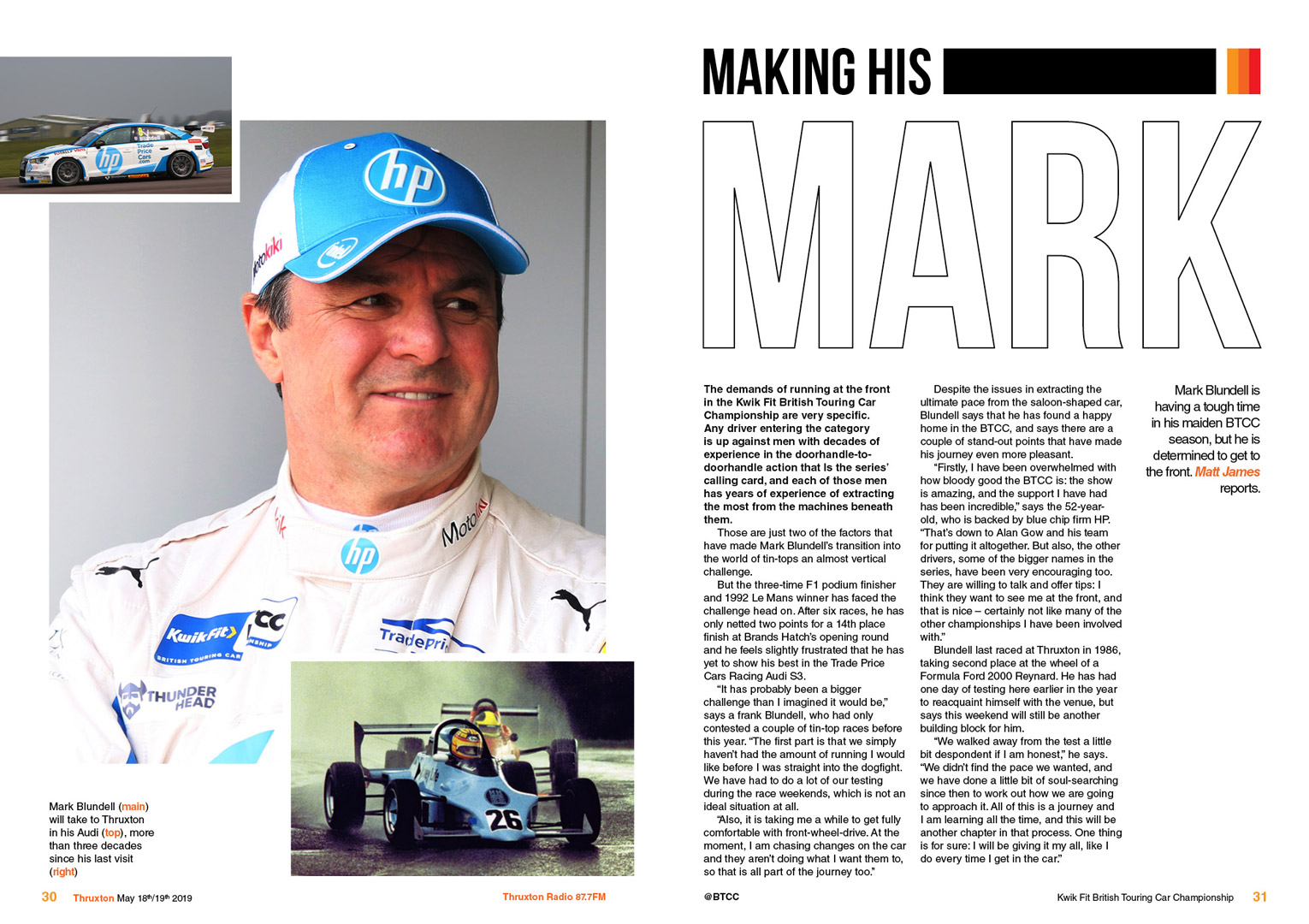 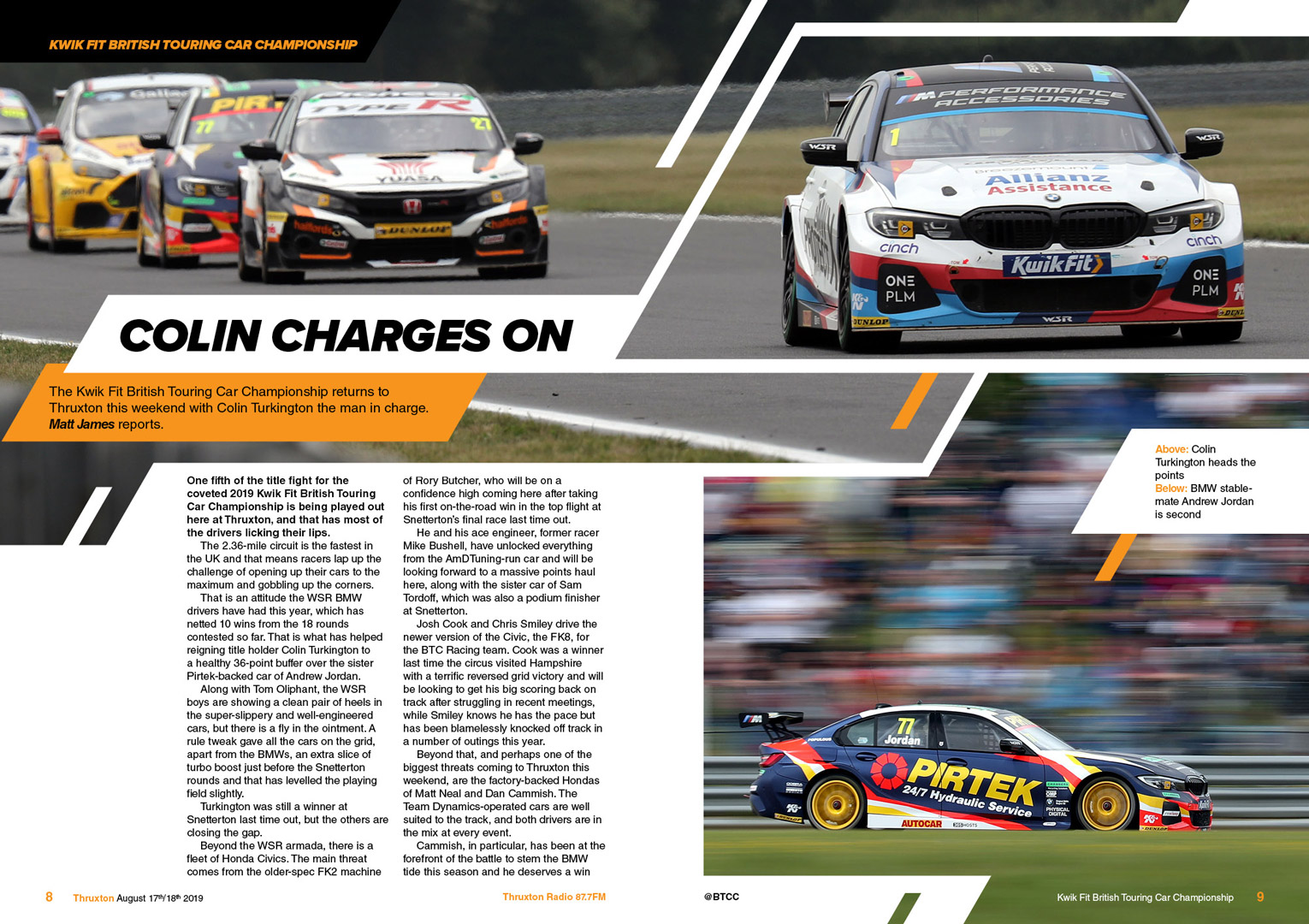 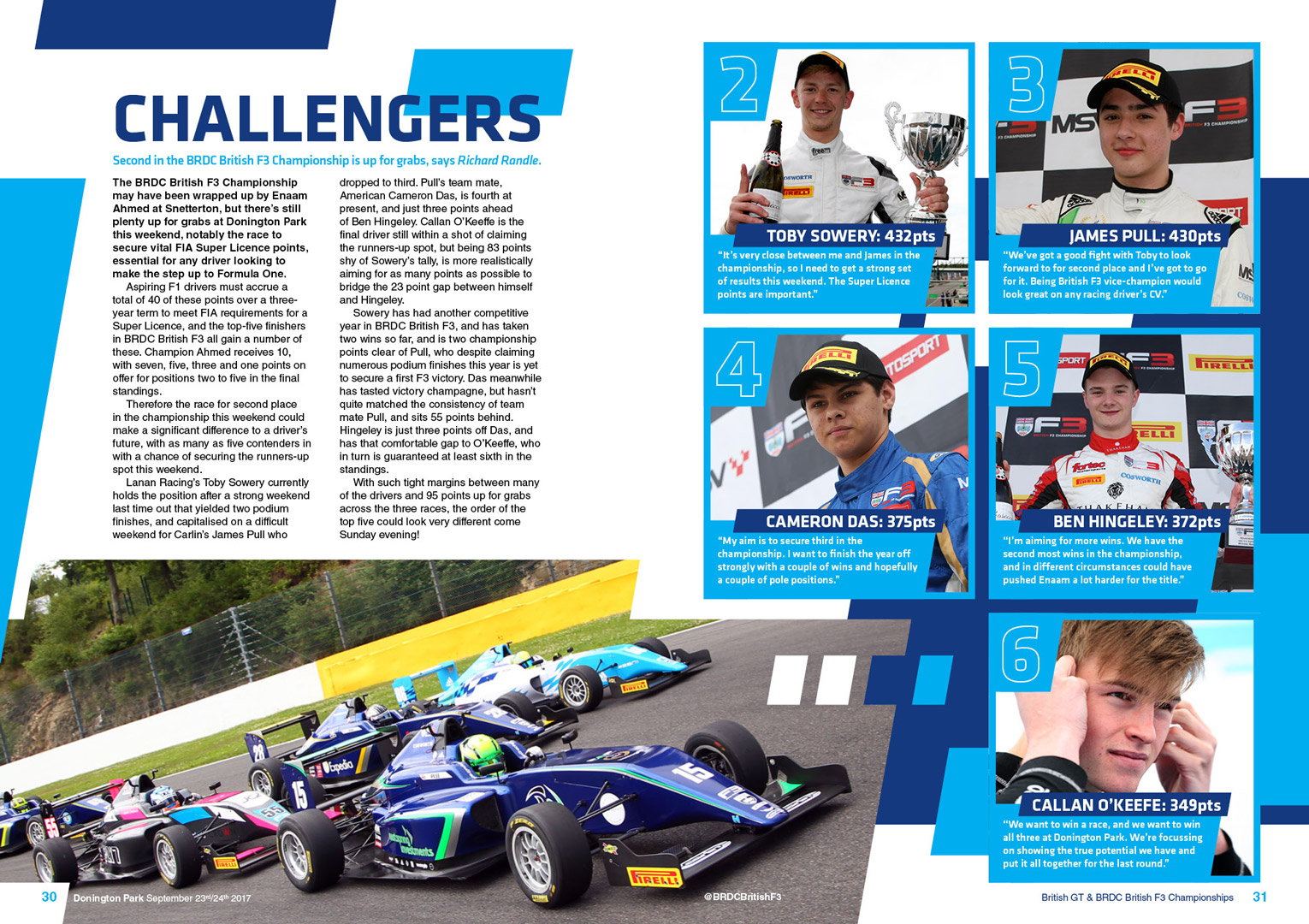 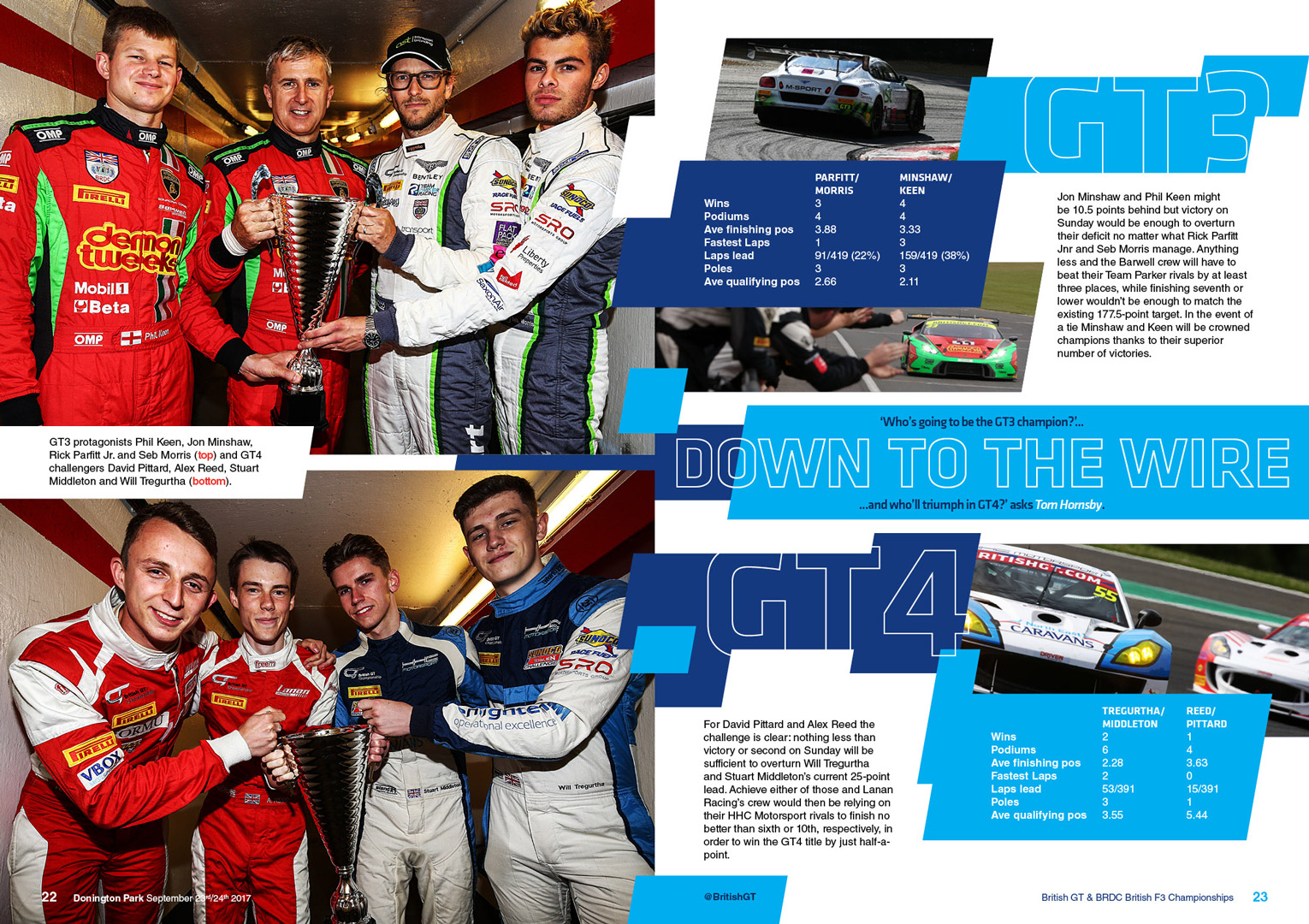 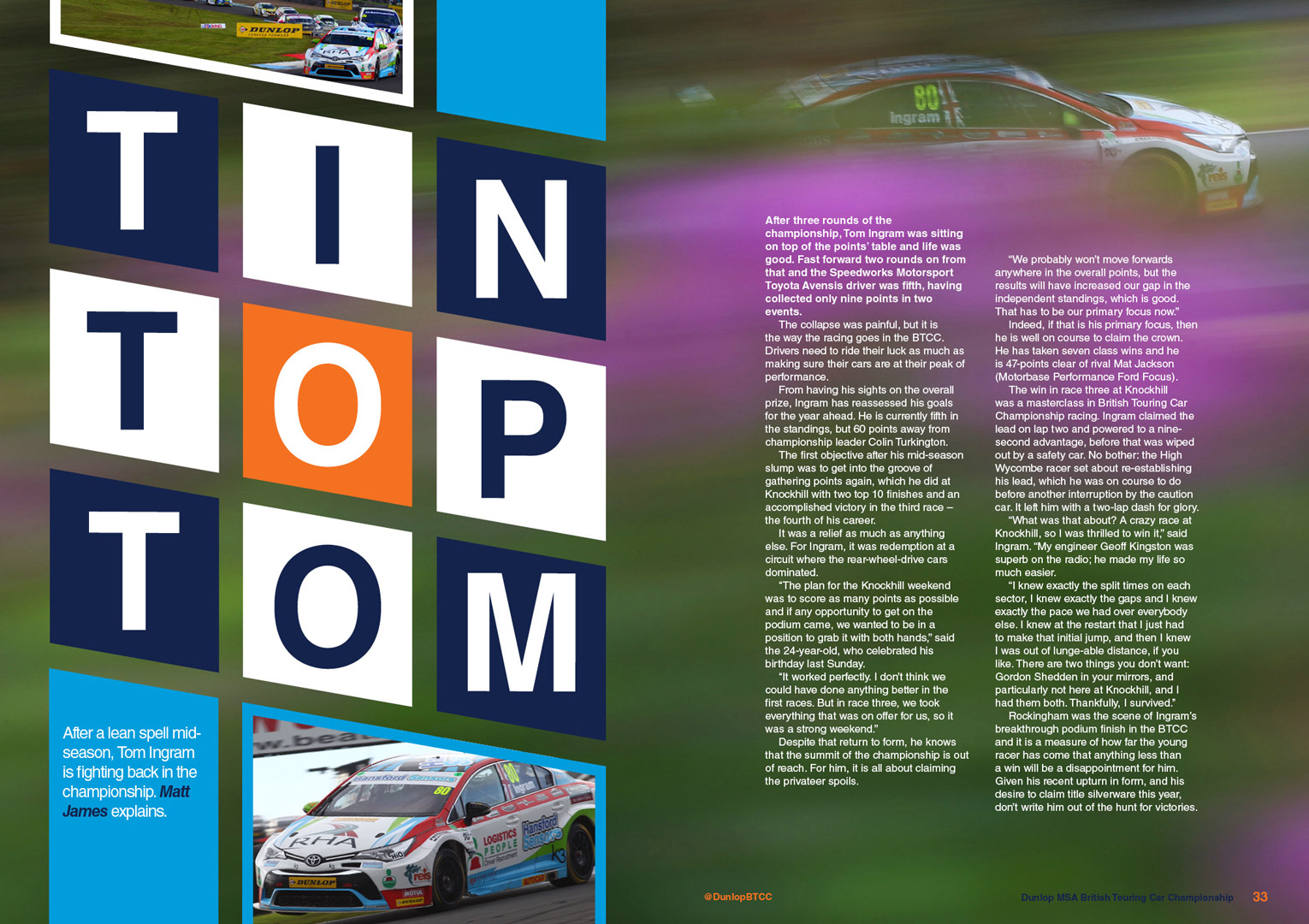